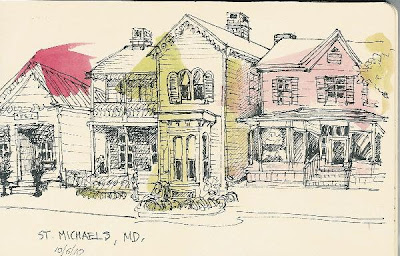 August, September and October have been a blur of activity.... making it very hard to know where to pick up the thread! I'll try to post more often and fill in some of the details before I forget them entirely!

In early October we traveled back East for a 50th High School Reunion in Lancaster, PA., and visited with college friends in St.Michael's, Md. Located on the Chesapeake Bay, it's a very picturesque town with a great boat and maritime museum. I took the opportunity to sketch some of the wonderful historic buildings, trying to use some of the color techniques that I had learned from Tia at the sketch symposium. We also enjoyed a sail on a big old working oyster / sailboat ... on a beautifully warm, Fall day. 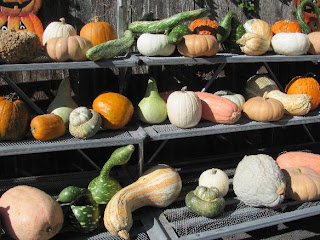 They enjoy displaying pumpkins and flowers in a big way back there! 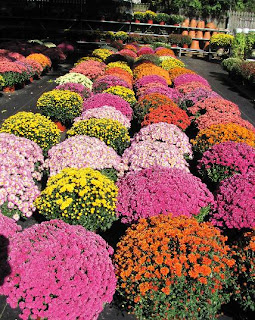 There are also terrific examples of 'gingerbread' detailing on many of the buildings .... which unfortunately, didn't get the attention they deserved on my quick sketches! 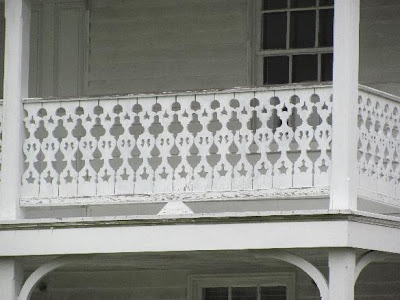 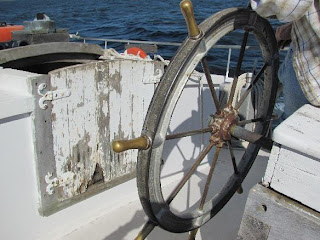 The boat had lots of character, and was the perfect place to be on such a great Fall day. 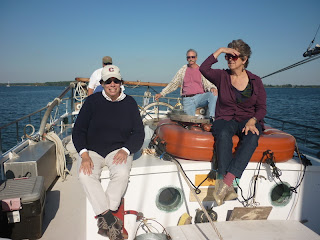 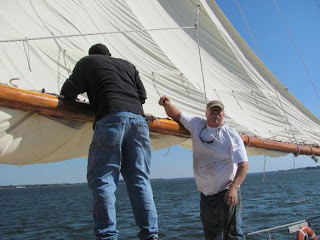 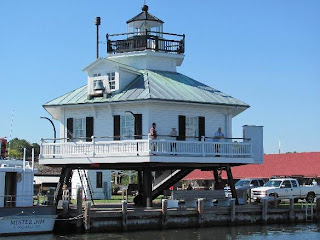 Our sail both began and ended in front of the historic Maritime Museum lookout.

Back home in Oregon, we celebrated with our son, Brent, as he took over ownership of Veloce Bicycles, a great neighborhood bike shop in Portland. We wish him well in his new venture! 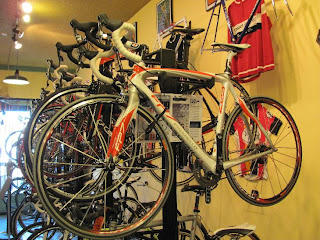 We also watched helplessly as the birds came in to feast on our grapes! It appears that this might be the first year since we planted our vineyard back in 1984 that we are unable to harvest. The sugars have just not gotten high enough and the seasonal rains are closing in. There is, at this point, only a small chance that we'll have enough sunshine and warmth for them to ripen. This is the price we pay for being at a higher elevation than our neighboring vineyards. Everyone, it seems, was 2-3 weeks late in harvesting due to our wetter and cooler Summer. Perhaps that pot of gold will appear in some other form? 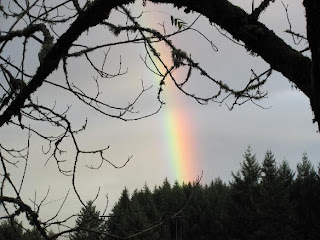 And, of course we welcomed back our BIG pup, Lucca, who spent an exciting week in doggie camp while we were gone, and now, at 6 months old, weighs 60 pounds! He already out-weighs our grandson, Brayden. 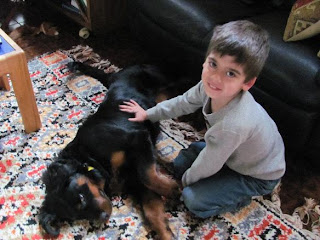 Life...it has it's ups and downs, and I wouldn't have it any other way!
Posted by Linda at 3:12 PM No comments: